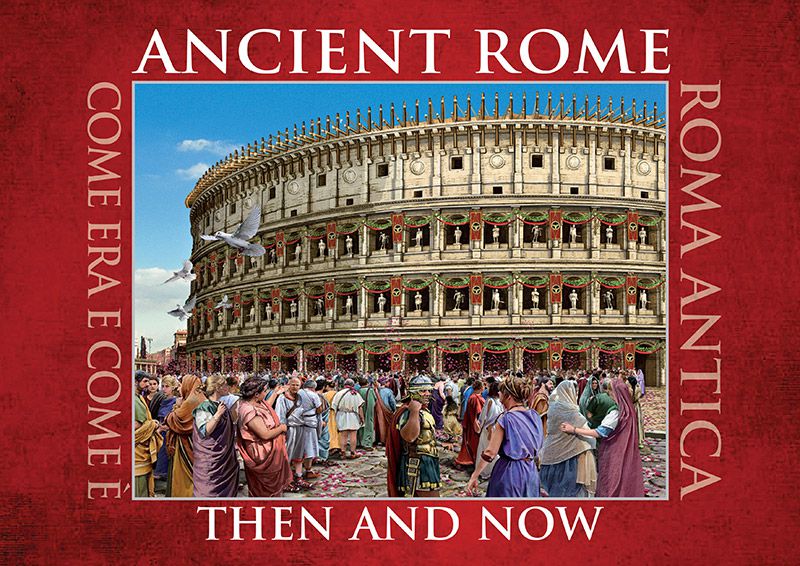 Ancient Rome: Then and now

Buy this item
The Ancient Rome Then and Now Album features 12 photographs of the archaeological Rome and 13 reconstructive illustrations representing the most important monuments of the Eternal City as they looked like 2000 years ago. The graphic illustrations, made with the most advanced computer graphics techniques, are enriched by scenes of real life, allowing the reader to relive the fights and naval battles in the Colosseum, admire the grandeur of the Roman Forum and of the Baths of Caracalla, and attend the chariot races at the Circus Maximus. The album also contains a reconstruction of Imperial Rome in the 4th century AD, with a legend in 6 languages.
We offer free personalization of the graphic layout of the book cover to tour operators and companies operating in the touristic sector (a minimum number of copies is required). 12 full-page reconstructions with colors and 1 reconstruction of Imperial Rome.

Available in the following languages: