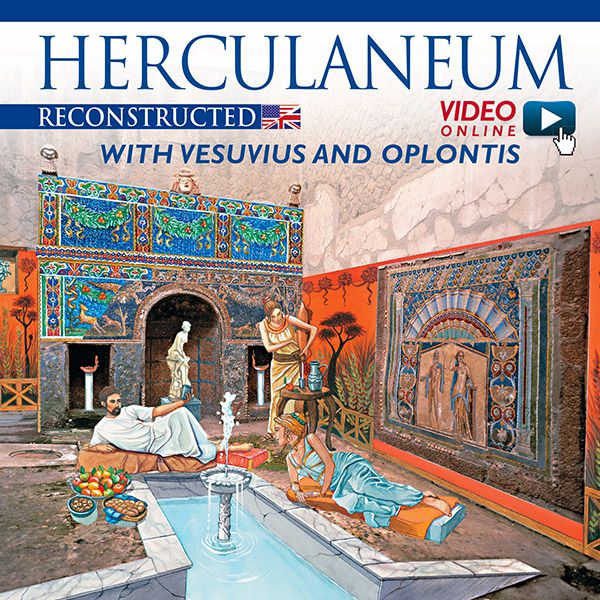 Herculaneum Reconstructed with Vesuvius and Oplontis

Buy this item
Struck, together with Pompeii, by the eruption of Vesuvius on August 24th, 79 AD, Herculaneum was an important Roman city.
Herculaneum Reconstructed recalls the atmosphere of the ancient city in the Campania region and describes its main archaeological sites. By overlapping perforated and shaped cardboard on today's photographs, you will be able to see the differences between the ancient Herculaneum and the present archaeological park. Two chapters are dedicated to Vesuvius and the sumptuous Villa Poppaea in Oplontis. The guide contains QR codes and a password to see (on PC, smart phone and tablet) a documentary with virtual reconstructions that illustrate the eruption of Vesuvius and the most evocative places of Pompeii, as well as special contents on Herculaneum.

Available in the following languages: